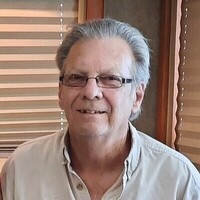 Wayne Nickerson, age 71, of Friendship, Wisconsin, formerly of Truman, passed away on Thursday, December 16, 2021. Due to the distance and potential weather this time of year, there will be two gatherings happening at the same time on Sunday, January 2, 2022.  The Truman event will be held from 1:30- 3 PM at Zaharia Family Funeral Home, followed by the last call funeral honors by the Truman Fire and Rescue Department.  The Friendship event will be from 1-3 PM at Roseberry’s Funeral Home in Friendship, Wisconsin.

Wayne Craig Nickerson was born April 30th, 1950 in Fairmont, Minnesota, to Russell and Chloris (Meyer) Nickerson; the second of four children. He was raised and educated in Truman and went on to attend Jackson Vo-Tech for auto mechanics. Wayne began his career at Nickerson Service and continued as a mechanic with several dealerships in the area as well as being a machinist at Weigh Tronix. He joined the Truman Fire and Rescue squad in 1973, continuing his family’s 4th generation on the department.  He retired after serving for 25 years.

Wayne was a great rollerskate-dancer and carpenter. He was a great friend and wore his heart on his sleeve. He married Linda Wachal and they had two children, Jodi and Jon. He and Linda later divorced. Wayne could often be found under a car, tinkering and fixing what he could or at the racetrack working on a pit crew. He loved Studebakers and model trains just to name a few. Wayne was an active member of the Boy Scouts organization in several capacities as well as a dedicated member of AA, achieving over 30 years of sobriety. He was a member of Trinity Lutheran Church in Truman.

On February 14, 2001, he married Connie (Whitaker) Byrne and they started their life together in Truman. Wayne was technically retired so they set off to Friendship, Wisconsin and began to enjoy their free days traveling in their camper. Wayne was stricken with heart issues early in middle age, not improving, his health kept him from doing some things of recent, but his strong will and tenacity prevailed every time. He was not fond of change or listening to others’ advice at times and this only made people laugh when he did the exact opposite of what was suggested.

He will be missed by many that loved him, remembering his kind sentimental demeanor.

In addition to his parents, he is preceded in death by his grandparents, Stan and Mary Nickerson and Fred and Nellie Meyer as well as many aunts and uncles.

Please, in lieu of flowers, direct memorial donations to the Truman Fire Department or the Truman Flag Fund.


To send a flower arrangement or to plant trees in memory of Wayne Craig Nickerson, please click here to visit our Sympathy Store.

To order memorial trees or send flowers to the family in memory of Wayne Craig Nickerson, please visit our flower store.