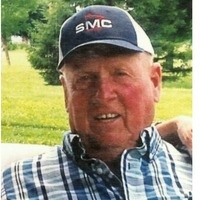 Robert “Bob” Mennen, age 77, of Truman, passed away on Sunday, Sept 27, 2020, with his family by his side. A man who had his health and sheer grit and determination for everything, was struck by COVID and it took his life quickly. Due to the recent COVID outbreaks in the community, while still honoring Bob’s wishes, there will be a drive-thru visitation at his family farm at 2368 200th Ave in Truman on Thursday, October 1, 2020 from 330-630pm. Cremation will follow and burial with military honors will be Saturday, October 3 at 11am at Lakeside cemetery. Zaharia Family funeral home is entrusted with arrangements. www.ZahariaFamilyFuneral.com

Robert Dean Mennen was born January 13th 1943 at the Truman hospital upstairs to Andreas and Esther (Clark) Mennen. He attended school in Truman and graduated in the class of 1961. November 19, 1964, Bob enlisted in the United States Army and served in Vietnam during combat, he was very proud to be a veteran and was awarded the Purple Heart. He returned to Truman and worked for the Bosshart Construction company and farmed.  He married Dianne Grotte in March of 1970 and moved to the farm where they raised two children, Robynn and Randy as well as farm livestock. Bob continued his work with W. Hodgman and Sons road construction where he was a road foreman and certified aggregate tester. He loved building roads and talking about them. He worked later for SMC when they bought out the company and retired in 2007. He later worked for Mark and James Hansen Farms during fall harvest seasons. He was happiest outdoors tinkering and putzing around his farm. He was a collector and enjoyed finding a bargain at auctions. He was always known for his bidding number #55.  He enjoyed the tractor rides and was a supporter of the Truman community and was a lifetime member of the American legion and the VFW groups.
He treasured his grandchildren Jackie, Levi and Andrea. He loved teaching them to drive a straight stick transmission and giving them all the history of Truman and how much he paid for stuff.
Bob is survived by his wife of 50 years Dianne of Truman; daughter Robynn (Brad) Buhmann of Fairmont; son Randy Mennen of Fairmont; Grandchildren Jackie (Jacob) Claude, Levi (Erica Serna) Buhmann and Andrea Mennen; brother Richard “Punky” Mennen of Truman; nieces Sara Mennen and Jennifer (Jason) Medlin; nephews Devin Mennen and Jeremy (Susan) Grotte; brothers-in-law Mike Grotte of Granada and Richard Grotte of Sherburn; other relatives, including Jeff and Joelle Mennen; and many friends.
He was preceded in death by his parents; younger brother Roy Mennen; sisters-in-law, Sharon Mennen and Linda Grotte.

To send a flower arrangement or to plant trees in memory of Robert Dean Mennen, please click here to visit our Sympathy Store.

To order memorial trees or send flowers to the family in memory of Robert Dean Mennen, please visit our flower store.