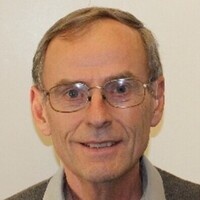 Funeral service for Neal D. Breitbarth of rural Truman will be at St. Paul’s Evangelical Lutheran Church in Truman, MN. Burial will follow at St Paul’s Lutheran Cemetery, Truman. Visitation will be Thursday, April 7 from 5-7 pm and Friday, April 8 from 9-11, before the 11 am service, all at the church.

Neal David Breitbarth was taken to Heaven on March 18 at a Scottsdale, Arizona hospital, with his wife at his side.

Neal was born October 21, 1955 at Fairmont Community Hospital to Eldor and Lois (Olhoft) Breitbarth of rural Truman. He was baptized at St John’s Lutheran Church, Antrim, rural Truman on November 13, 1955. Neal attended St. John’s Lutheran School, Antrim, a one room school, for 7 years and St. Paul’s Lutheran School, Truman for 8th grade. He was confirmed in the Lutheran faith on April 27, 1969 at St Paul’s, Truman. He graduated from Truman High School in 1973 and attended Mankato State University.

Neal met the love of his life, Juleen Grefe of Fairmont, on a blind date in 1981. They were married on May 28, 1983 at St Paul Lutheran Church, Fairmont and blessed with 3 children.

Neal grew up working on his family farm and at neighboring farms. He worked at Nickerson’s Service Station, Salstrom’s Mobil and the Felco station, Truman. In 1976 he began working at Fairmont Railway Motors as machinist, welder and inspector. In 1989 he joined Jim Hill Ag Industrial as salesman, then became General Manager and part owner where he also started Fairmont RV. In 2011, he began working for Easy Automation in Welcome. In 2019, Neal started his dream job as District Ag Director for US Congressman Jim Hagedorn.

Faith was very important to Neal and he was heavily involved at church. He served as Congregational Chairman and on many boards. His passion was for parochial education, serving on the boards of education at St. Paul’s Lutheran-Truman, St. Paul Lutheran-Fairmont and Martin Luther High School-Northrop. Neal also served his church at the district and national levels. He was on the LCMS MN-South District board of directors and was a delegate and served on floor committee for numerous national LCMS conventions.

Neal was very involved in politics, trying to leave a better world for his children and grandchildren. As a member of the Republican Party, he served as Martin County chairman, 2nd Congressional District Chairman, on the MN GOP executive committee, three time GOP national convention delegate and national rules committee. Neal was on many committees for state representative, state senate, gubernatorial, US Congress, US Senate and presidential campaigns. Locally he put up thousands of campaign signs, organized and worked in the GOP booth at the county fair, walked in hundreds of parades, including his family in most of those activities. He also served as clerk of Westford Township.

Neal was an avid deer, goose and duck hunter, enjoying that time with his sons and grandson. He always looked forward to his annual duck hunting trip to North Dakota with his guys. Neal enjoyed brewing beer and sharing it with friends. He was a builder and woodworker and his children often said that there wasn’t anything that dad couldn’t fix.

Remembrances and Condolences may be shared with the family at www.zahariafamilyfuneral.com.

To order memorial trees or send flowers to the family in memory of Neal Breitbarth, please visit our flower store.