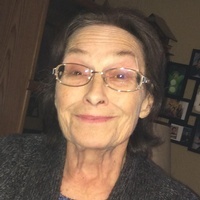 Visitation will be Friday, January 25, 2019 from 5-7PM at Zaharia Family Funeral Home, where a Memorial service will be held on Saturday, January 26, 2019 at 10 AM with Chaplain Kathy Blair officiating. Additional visitation one hour prior.  Inurnment will be at a later date in Westford Cemetery, rural Truman. Zaharia Family Funeral Home is entrusted with arrangements. www.ZahariaFamilyFuneral.com

Nancy Leah Schreiber was born in Blue Earth to Howard and Minnie (Wilson) Schreiber on July 8, 1952. She graduated from Winnebago High School in 1970. Nancy worked at Cenex in Truman and as a para at the Truman Schools. She also worked as a caregiver in many capacities, most recently as a caregiver with Community Options and Resources with their Sherburn facilities. Nancy found great joy in cookouts and BBQs with her friends and family, cooking for an army was her specialty. She also loved to crochet.

Nancy will be remembered for her Should’ve – Would’ve – Could’ve attitude.  Living her life by the motto of “you can’t take it with you”.

Nancy married David Terry on October 9, 1971. They loved to spend time together and enjoy each others company, everyday. When asked what Nancy didn’t like, “being lied to”, was the answer.  Honesty- what an admirable quality to pass along as her legacy to her family, especially her grandchildren.

To send a flower arrangement or to plant trees in memory of Nancy Leah Terry, please click here to visit our Sympathy Store.

To order memorial trees or send flowers to the family in memory of Nancy Leah Terry, please visit our flower store.