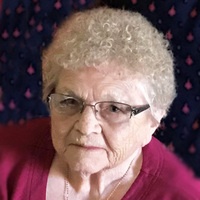 Lorna M. Baarts, age 84 of Truman, passed away on Saturday, January 9, 2021 at Oak Hills Living Center in New Ulm. A public visitation will be held at Zaharia Family Funeral Home in Truman on Saturday, January 16 from 11am-2pm. A private family funeral service will be held following visitation. Guests are invited to watch the service live at www.zahariafamilyfuneral.com/obituary/lorna-baarts. Burial will take place at Ridgelawn Memorial Park in Truman.

Lorna May was born in Fairmont on March 26, 1936 to Dietrich and Wilhelmina (Kruse) Laue. She attended school through 8th grade and then began working to help her family and her younger siblings. Lorna later would obtain her GED. On May 22, 1954, Lorna married Mearl Dean Baarts at St. Paul’s Lutheran Church in Fairmont. The couple was blessed with six daughters and raised them on the family farm.

Lorna was a hardworking woman and held many jobs throughout her lifetime. She cleaned houses, walked beans, worked as a waitress and cook at E & L Cafe, worked at the canning factory, and worked as a farm wife. She loved to spend time working on the farm. Driving tractors and the combine was Lorna’s favorite job. Lorna also enjoyed visiting, laughing, spending time outside, cooking, and baking. Lorna made homemade cinnamon rolls, bars, and cookies for her family. She loved spending time with her grandchildren and great-grandchildren. In her later years, Lorna loved to read.

To send a flower arrangement or to plant trees in memory of Lorna May Baarts, please click here to visit our Sympathy Store.

To order memorial trees or send flowers to the family in memory of Lorna May Baarts, please visit our flower store.