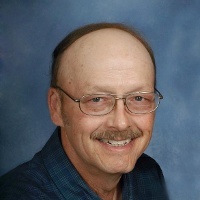 Keith Ebert, age 63, of Fairmont passed away peacefully at his home on Tuesday morning, June 11, 2019.  Visitation will be on Sunday, June 16, from 5-7 p.m. at Zaharia Family Funeral Home in Truman. The funeral service will be held Monday at 10:30 a.m. at Immanuel Lutheran Church, Fairmont with Rev. Wade Daul and Rev. Adam Carnehl officiating. Additional visitation one hour prior to the service at church. Inurnment will be held at a later date at St. Paul’s Lutheran Cemetery in Truman.  Zaharia Family Funeral is entrusted with the arrangements. www.ZahariaFamilyFuneral.com

Keith Arlen Ebert was born on March 2, 1956, in Fairmont, to R. Arlen and Doreen (Geistfeld) Ebert.  He grew up in Truman, attending St. Paul Lutheran elementary school and going on to Truman Public school, graduating in the Class of 1974.  He went on to college at the U of M, St. Paul, MN, but decided he didn’t want to be just a number, so transferred to U of M, Waseca, where the professors knew your name.  He earned no specific degree except the ability to thrive in whatever life had to offer!

He met Julie Linser in Alexandria, MN.  They soon married in Morris, MN on September 21, 1980 and moved to Fairmont in February of 1981.  They were blessed with four wonderful children.  Over the years, Keith had several jobs:  he worked for Snap On Tools, Armour frozen foods, Minnesota Motor Bus, Salstrom’s Mobil gas station, Sunday TRIBUNE substitute delivery driver, Jim Hill-Ag Industrial and most recently, Olson Rentals as the power washer sales & service tech.  He enjoyed everyone and every one of these positions!  He was a wealth of knowledge and made it his “mission” to share it in order to get the job done and teach those around him.

One of the ways he satisfied his need to be outdoors was through the Boy Scouts as a committee member, accomplishing many projects at Cedar Point Boy Scout Camp and Camp Cuyuna over the years.  (Operating on “Keith’s Time” was one thing we all had to learn…and bending the “rules” in order to make it work, was the other.) His most passionate pastime was with guns and gun safety.  All his children knew the safe way to handle a gun, as well as those he taught as an official instructor.  Hunting “up North” for deer, grouse, and ducks happened every year without fail.  These trips counted up for many a tale to be told to any and everyone.  Bucket list hunting trips included bear, moose and elk, thanks to his dear friend and his cousin.

To send a flower arrangement or to plant trees in memory of Keith Arlen Ebert, please click here to visit our Sympathy Store.

To order memorial trees or send flowers to the family in memory of Keith Arlen Ebert, please visit our flower store.