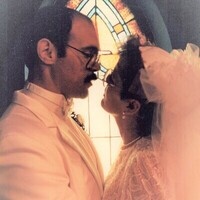 Jacqueline Poppe, age 71 of Lewisville passed away July 27, 2022 at the St. James Hospital. A funeral service will be held Tuesday August 2, 2022 at 10:30AM at St. John’s Lutheran Church-Willow Creek with Rev. John Bennett officiating. Visitation will be Monday August 1 from 5-7PM at Zaharia Family Funeral Home in Truman and continue one hour before the service at the church. Burial will be at Zion Lutheran Cemetery in Lewisville.

Jacque was born April 29, 1951, to Lloyd and Ellen (Teepe) Billings in Charles City, IA. She grew up and graduated from Burnsville High School in Minnesota. After high school, Jacque stayed near the twin cities where she was raising her 3 daughters.

While living in the twin cities, Jacque attended a friend’s wedding, where she not only met the bride’s brother but also her future husband. On June 15, 1991, she married her true love, Jim Poppe. She and her daughters moved to Lewisville and started a new life with Jim. Jacque adapted to small town living quickly and made many friends over the last 31 years working at McDonald's and couple of convenience stores in the area. Her and Jim also joined a bowling league and enjoyed going to the races in the area.  She was very supportive of Jim’s involvement in the Lewisville Fire Dept. and had a passion for helping troubled youth and local law enforcement. Her grandchildren referred to her as “Nana” and her great-grandchildren called her “Gigi”. Jacque spent as much time as she could with them and her other family, always being the loving and caring wife, mother, grandmother, and friend.

To order memorial trees or send flowers to the family in memory of Jacqueline Poppe, please visit our flower store.