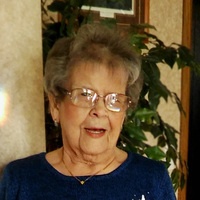 Harriet M. Nagel, age 88, passed away on Monday, January 3, 2022 at Parker Oaks Senior Living in Winnebago. Memorial services will be held at a later date.

Harriet Mathilda was born on August 5, 1933 in Antrim Township to M. Ellsworth and Erma (Schlack) Nelson. She was raised and educated in Lewisville and Truman, graduating from Truman Public School. She was previously a member of Zion Lutheran Church in Lewisville. On January 17, 1951, Harriet married Russell A. Nagel. The couple was blessed with one son.

Harriet enjoyed reading and coloring, playing cards, solitaire, and bingo. She also had a love for slot machines.

She is preceded in death by her parents; sisters, Ardella Wenn and Marlene Johnson; brothers, Larry Nelson, Curtis Nelson, and Ronald Nelson.

To send a flower arrangement or to plant trees in memory of Harriet Mathilda Nagel, please click here to visit our Sympathy Store.

To order memorial trees or send flowers to the family in memory of Harriet Mathilda Nagel, please visit our flower store.