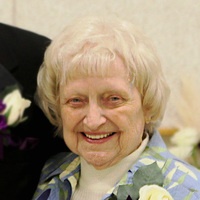 Elaine Redmond, age 84, passed away on Wednesday, December 9, 2020 at Heartland Senior Living in Truman. Elaine will be buried at Ridgelawn Cemetery, located 2 miles north of Truman, MN, next to her son. A private family graveside service will be held on Friday, December 18, at 2pm.

Elaine Bertha Mina Brummond was born on August 6, 1936 at her home in Antrim Township, near Truman MN to Carl and Ella Brummond. In 1959 Elaine was united in marriage to Richard Nelson, where she was blessed with her son Scott Richard Nelson. The marriage was dissolved in 1962.  She then moved back to her family farm where she raised Scott with help of her family.  She eventually moved to St. James, MN. In 1971, Elaine was then united in marriage to Robert Redmond, which was dissolved in 1974. She moved to Fairmont in 2002, and in 2014 she moved to Madelia to be closer to her son and grandchildren.

She had many joys in her life, including her careers., which involved working for Tony Downs Food Co., Cunningham Equipment, and the Watonwan County Assessors Office, where she retired in 2001.   Some of her hobbies include reading, puzzles, playing cards, and crocheting afghans and baby hats.  She also enjoyed donating many baby afghans and crocheted hats to the local hospitals. But most of all, Elaine enjoyed spending time with her late son, grandchildren, great-grandchild, and many other friends and family.  She always made friends wherever she went.

Elaine is survived by her grandchildren, John (Michelle) Nelson of Windom and Nicole Stevensen of Monticello; great-grandson, Parker Nelson; brother, Kenneth (Darlene) Brummond of Truman and sister in law, Roxy Brummond of Granada, as well as many nieces and nephews.

To send a flower arrangement or to plant trees in memory of Elaine Bertha Mina Redmond, please click here to visit our Sympathy Store.

To order memorial trees or send flowers to the family in memory of Elaine Bertha Mina Redmond, please visit our flower store.