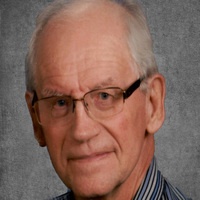 Duane Heckman, age 84 of Truman passed away Wednesday May 4, 2022, at Truman Senior Living. Visitation will be Monday May 9, 2022, from 5-7pm at Zaharia Family Funeral Home. There will be a private family memorial service at Trinity Lutheran Church in Truman with Rev. Penny Ritter officiating. Burial will be at Westford Cemetery.

Duane Henry Heckman was born April 24, 1938, to Henry Bernard and Florence May (Burk) Heckman. He attended school in Lewisville through the 8th grade and then attended Truman High School. On January 22, 1956, he was united in marriage to the love of his life, Rosalie Kay Grant, at the Community Baptist Church in Truman. Together they were blessed with 5 boys.

Duane spent most of his working life as an over the road truck driver and owner/operator, driving from coast to coast. In his later years he drove for Bosshart Co and then later Cemstone. When not on the road, he enjoyed playing cards, going to coffee on Tuesdays, taking drives in his golf cart and helping out on the Boesch farm in the fall. He was a longtime member of the Lions Club and was also on the board at Westford Cemetery.

Left to cherish his memory is his beloved wife Rosalie, his sons Mark of Truman, Brian of Truman, Roger of Blue Earth and Michael (Paula) of Truman, twelve grandchildren, eleven great-grandchildren, his brother Robert (Shirley) of Los Angeles and five nieces and nephews.

He is preceded in death by his parents, parents-in-law, his son Steven and sister-in-law Beverly Reutzel.

To order memorial trees or send flowers to the family in memory of Duane Heckman, please visit our flower store.