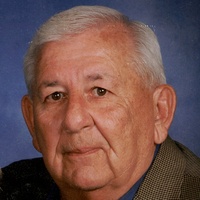 Dallas Jerome Wegner, age 76 of Truman passed away on Sunday, June 19, 2022 at St. Mary’s Hospital in Rochester. Funeral services will be held at 11am on Friday, July 1, 2022 at Trinity Lutheran Church in Truman. A time for visitation will be held on Thursday, June 30 from 5-7pm at Zaharia Funeral Home in Truman and one hour prior to services at church. Burial will take place at Ridgelawn Memorial Park in Truman. Services will be live streamed and available at www.zahariafamilyfuneral.com.

Dallas was born on August 21, 1945 in Fairmont to Mervin and Hildegard (Karau) Wegner. He graduated from Truman High School. On April 8, 1967, Dallas married Patricia Ann Malo. The couple later parted ways, but unto this marriage 3 children were born. Dallas worked as a machinist for over 30 years, employed by Fairmont Tamper, previously Railway Motors. He also spent several seasons working on his father’s farm. This farm was important to him, and he often brought his children there during their childhood.

Dallas enjoyed mowing and caring for his lawn, gambling, and playing games. He was also a lover of food and a gracious host. Dallas was open-minded and fair, always smiling and chatting with others. He loved to talk and was very social. Dallas also had a huge heart, and was a wonderful grandfather.

Dallas is preceded in death by his parents; his brother, Merlin; sister, Sandra; and infant brother, Donald.

To order memorial trees or send flowers to the family in memory of Dallas J. Wegner, please visit our flower store.