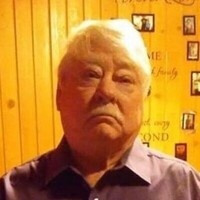 Charles E. Scott, age 87, of Truman passed away on Wednesday, December 22, 2021, in Mankato at Oaklawn Nursing Home. There will be a service at St Paul's Lutheran Church on Tuesday, January 4, 2022 at 4 PM with Rev. Timothy A. Chase officiating. Zaharia Family Funeral Home is entrusted with arrangements. www.ZahariaFamilyFuneral.com
Charles Edward Scott, also known as Scotty, was born on July 19, 1934 in Paris, Texas to Edward O. and Bertha Juanita (Hinsley) Scott. He was in the US Navy and the Army National Guard, serving 26 years. He was a proud member of St. Paul's Lutheran Church in Truman. Scotty liked to fish, play cards, and do puzzles. He married Ursula Mueller on December 12, 1990.
He is survived by his wife of 31 years, Ursula; daughters, Charline (Louis) Owmby, Frances Hawkins, both of Kodak, TN, and Anita (Joe) Garrett of Braggs, OK; son, Charles Scott Jr. of TX; step-sons, Andy (Robin) Graham of Truman and Jeffery Graham of Charleston, SC; 15 grandchildren; 13 great-grandchildren; two great-great-grandsons; brother, Benjamin Scott, of Claremore, OK; many other relatives and friends.
In addition to his parents, he is preceded in death by his granddaughter, Kristy Cobb; grandson, Charlie Box; stepson, Josh Shook; sister-in-law, Heidi (Sam) Beatty; son-in-law, Bill and many in-laws in Germany.


To send a flower arrangement or to plant trees in memory of Charles Edward Scott, please click here to visit our Sympathy Store.

To order memorial trees or send flowers to the family in memory of Charles Edward Scott, please visit our flower store.