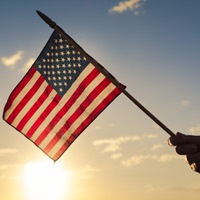 Boyd Harris, age 97 of Truman passed away Saturday August 6, 2022 at Parker Oaks Assisted Living in Winnebago. A memorial service will be held Friday August 12 at 2pm at Zaharia Funeral Home in Truman with Rev. Merrill Davis officiating. Visitation will be one hour before the service. Burial will be at Westford Cemetery with military honors.

Boyd was born to Fay and Grace (Ableman) Harris on September 21st, 1924, in Truman. He was a Fairmont High School graduate and then enlisted into the U.S Army Air Corps in WWII where he served as a Bombardier instructor. Returning home from the service, he married Geneva Newsom in Rapid City on June 29th, 1945. Boyd was a longtime resident of Martin County.

After retiring from Truman Farmers Elevator, the couple enjoyed traveling in their RV, wood working, crafts, and also gardening. He was also a longtime member of the Truman Church of Christ serving as a deacon.

To order memorial trees or send flowers to the family in memory of Boyd James Harris, please visit our flower store.